In my book Broken Reed: The Lords of Gower and King John I tell the story of how King John’s treatment of the Lord of Gower was the final straw that led the barons to impose Magna Carta. This goes into detail about William de Braose, Lord of Gower and many lands besides, and Welsh history leading up to and around Magna Carta.

With the 800th anniversary of Magna Carta in June 2015, I adapted the book with much more research on the wider picture to tell the story of Magna Carta for the layman. Some people have never heard of Magna Carta and those that have, usually know very few of the details. Many people think history is boring (including the author!) and so will never attempt to find out more. 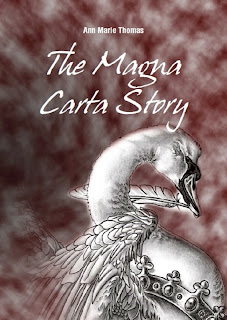 The story is told in an accessible way and the text broken up by illustrations. It contains all the intrigue, tantrums and civil war that culminated in Magna Carta, what happened afterwards, and why it's so important. And what did it actually say? Plus a full translation in an appendix. It is definitely not boring.

Did you know that King John didn't sign the Magna Carta? He sealed it.

Did you know that the rebel barons offered the English throne to Prince Louis of France? If John hadn't died, the British Isles might be part of France today.

Did you know that Magna Carta was only in force for a few weeks? So why is the Great Charter considered to be the dawn of democracy? Find out in The Magna Carta Story.