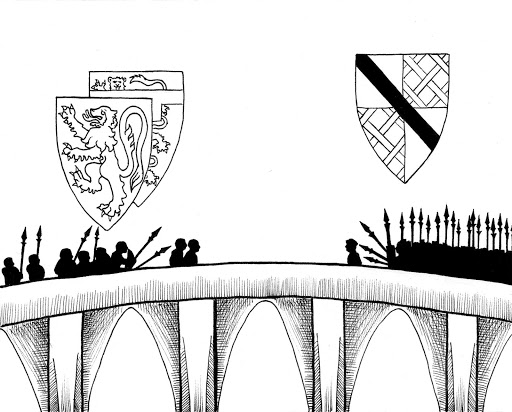 Edward's army marched across the River Severn at Shrewsbury in January 1322, and many of the barons surrendered without a fight. Some of the main leaders, including the Earl of Hereford and John de Mowbray (Alina's husband), escaped north and joined the Earl of Lancaster, a close friend of the Mowbray family and cousin to the king. 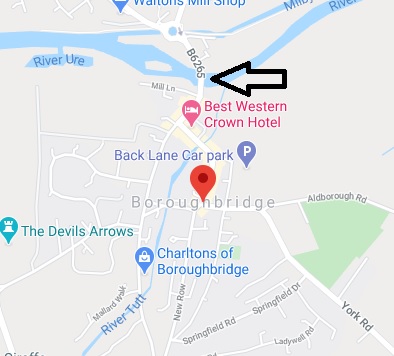 The decisive battle was at Boroughbridge, which was a major crossing where the Great North Road crossed the River Ure. The royal forces took control of the bridge, putting the rebel forces, under Lancaster and Hereford, at a disadvantage. There was no other way across the river and they were being pursued. Without their reinforcements, the rebels were outnumbered. The battle was short and decisive, and the rebel leaders were captured, except for Hereford, who was killed in the battle.

The rebel leaders were taken to York to be tried and executed. Lancaster escaped a more grisly death due to his royal blood, and was simply beheaded, but Mowbray was subjected to the full wrath of the king. He was drawn and hung and his body displayed in chains. Alina and her son escaped from Gower by boat to Ilfracombe in North Devon, but they were captured and imprisoned in the Tower of London.

This is the low point in the story, but better was to come, thanks to the queen.

Ann Marie Thomas is the author of four medieval history books, a surprisingly cheerful poetry collection about her 2010 stroke, and the science fiction series Flight of the Kestrel. Book one, Intruders, and book two Alien Secrets, are out now. Follow her at http://eepurl.com/bbOsyz
Posted by Ann Marie Thomas at 11:27