Building a Castle: Castle and Village


A typical modest rural castle, like Guedelon would have been, was home to about 30 people. But there would have been a whole village of craftspeople built around it. Some more important castles had a town wall built around the whole settlement to protect everyone, but smaller castles could not afford such a building project. 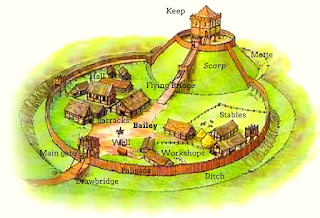 In some cases a castle was built near an existing settlement, but more often the village would grow around it. Initially there was the need for accommodation and workshops for the men building the castle. They might bring their families to live with them or supporting people to cook, clean and launder for them. When building was finished there was a need for accommodation for workers on the land around the castle to provide food and supplies to the castle.

Craftspeople have already been mentioned: 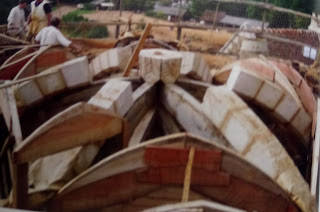 Other crafts:
The list could go on. The main craftspeople were usually freemen who could leave and move to another site if they wished, but everyone else was a villein or serf. Villeins were tenants but serfs were bonded to the lord and had little freedom or rights.

[adapted from The Medieval Castle Haynes Manual by Charles Phillips]

Ann Marie Thomas is the author of four medieval history books, a surprisingly cheerful poetry collection about her 2010 stroke, and the science fiction series Flight of the Kestrel. Book one, Intruders, and book two Alien Secrets, are out now. Follow her at http://eepurl.com/bbOsyz