According to A Brief History of the Future


It was in 2134 that the birth and death rates equalised and the world’s population started to decline from its 13.4 billion peak. The great fear of the previous one hundred and fifty years had been increasing population; from this point forward the fear was of population decline.

So as I have been doing, I researched population growth. The Our World in Data website article Future Population Growth by Max Roser is a preliminary collection of relevant data with some great charts. 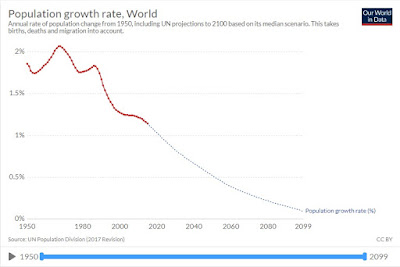 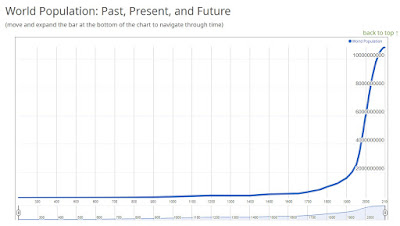 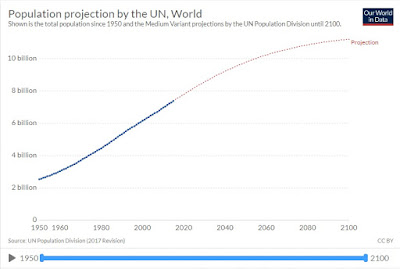 A site called Worldometers.info has a page on World Population with counters showing the population in real time and lists the following population milestones:

The current world population is 7.7 billion as of October 2019

World population is expected to reach 9 billion in the year 2037.

The United Nations projects world population to reach 10 billion in the year 2057.

So at that rate I think the world population may well reach 13.4 billion well before 2134.

The Science Direct website has a whole section on Population Growth with lots of articles.

Ann Marie Thomas is the author of four medieval history books, a surprisingly cheerful poetry collection about her 2010 stroke, and the science fiction series Flight of the Kestrel. Book one, Intruders, and book two Alien Secrets, are out now. Follow her at http://eepurl.com/bbOsyz
Posted by Ann Marie Thomas at 23:48