In this history of science fiction series, we are still looking at the Golden Age – the 1940s and 50s. So much happened then, that it’s worth looking at from several angles. This week and next is about television. Science fiction began to appear on TV in Britain and America.

The Quatermass Experiment was shown on British TV in 1953 in a live broadcast, with Quatermass II in 1955 and Quatermass and the Pit following in 1958.They were all made into films by Hammer. They played on the fear of the unknown, but with a twist – the Martians came to Earth in the distant past and engineered mankind. 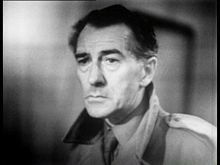 For six Saturday nights the UK television audience watched a genuinely unsettling story unfold – an ingenious combination of science fiction and the traditional horror theme of possession. It was a milestone in televised scifi, the British Film Institute later describing it as "one of the most influential series of the 1950s." Unfortunately only the first two episodes now exist, the rest having been destroyed by a short-sighted BBC.

It was the film version of the television serial (1955) that convinced the Hammer company there was money in horror. The film version used the spelling "Xperiment" to refer jokingly to the X certificate Hammer correctly expected the film to be given because of what seemed in those innocent days its alarming horror content.

An astronaut returns to Earth infected by spores from space that slowly take over his body, finally transforming him into an amorphous blob that retreats into Westminster Abbey, where it is electrocuted by Quatermass. 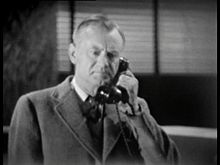 The second serial sees Professor Bernard Quatermass, played by John Robinson, of the British Experimental Rocket Group being asked to examine strange meteorite showers. His investigations lead to his uncovering a conspiracy involving alien infiltration at the highest levels of the British Government. As even some of Quatermass's closest colleagues fall victim to the alien influence, he is forced to use his own unsafe rocket prototype, which recently caused a nuclear disaster at an Australian testing range, to prevent the aliens from taking over mankind.

The film was made in 1957. Many critics think it the best of the Quatermass films, and some deem it the greatest of all UK scifi movies: disturbing, intense, unrelenting, paranoid and especially nightmarish in its depiction of figures in power conspiring with aliens capable of entering and controlling human bodies. The strong political allegory of ordinary people cruelly exploited by a cold-blooded (and in this case literally inhuman) ruling class was very adventurous for the time.

Quatermass and the Pit 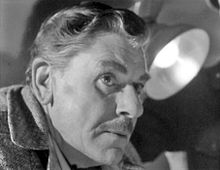 Workers digging an extension of the London Underground expose the remains of several hominids, estimated by competent Canadian archaeologist Dr Mathew Roney to be five million years old. They also uncover an apparent unexploded bomb left over from World War Two. It is actually a Martian Spaceship, which contains the remains of aliens, also millions of years old. Professor Bernard Quatermass (played by Andre Morell) almost immediately leaps to the correct conclusion.

In a plot-turn deftly blending scifi with speculation on Jungian archetype, it turns out that racial memories have been coded in our brains by Martians during our prehistory. Our image of the Devil is a distorted "memory" of the Martians' appearance (antennae equalling horns), and our irrational belligerence reflects the Martians' ritualistic culling of the weaker members of their species.

The serial itself has been praised by the BBC's own website as "simply the first finest thing the BBC ever made. It justifies licence fees to this day." The film version was not released until 1967. 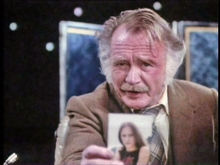 In 1979 Thames Television produced a four-part serial entitled Quatermass starring John Mills, which was released as a film, The Quatermass Conclusion, the same year.

In 2005 BBC Four produced a new version of The Quatermass Experiment, transmitted live as the original had been. Jason Flemyng starred as Quatermass.

[adapted from the Science Fiction Encyclopedia and Wikipedia]

Ann Marie Thomas is the author of three medieval history books, a surprisingly cheerful poetry collection about her 2010 stroke, and the science fiction series Flight of the Kestrel. Book one, Intruders, is out now. Follow her at http://eepurl.com/bbOsyz
Posted by Ann Marie Thomas at 20:21