In my History of Science Fiction I wrote last week about Arthur C Clarke. He was one of the giants of the genre, but best known for his involvement in the film 2001: A Space Odyssey. 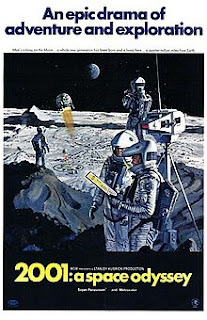 2001: A Space Odyssey is a 1968 epic science-fiction film produced and directed by Stanley Kubrick. The screenplay was written by Kubrick and Arthur C Clarke, partially inspired by Clarke's short story The Sentinel. Clarke concurrently wrote the novel 2001: A Space Odyssey, published soon after the film was released.

The film is a story of evolution. Sometime in the distant past, someone or something nudged evolution by placing a monolith on Earth (presumably elsewhere throughout the universe as well). Evolution then enabled humankind to reach the moon's surface, where yet another monolith is found, one that signals the monolith placers that humankind has evolved that far. Now a race begins between computers (HAL) and human (Bowman) to reach the monolith placers. The winner will achieve the next step in evolution, whatever that may be.

It deals with the themes of existentialism, human evolution, technology, artificial intelligence, and extraterrestrial life. It is noted for its scientifically accurate depiction of space flight, pioneering special effects, and ambiguous imagery. It uses sound and minimal dialogue in place of traditional narrative techniques.

Even as Kubrick and his team—including cinematographer Geoffrey Unsworth and art director John Hoesli—were creating a fictive future set in space, NASA was racing to put a man on the moon. The set and props in 2001: A Space Odyssey had to dramatically outpace the emerging technology, lest NASA succeed while they were filming and make Kubrick’s vision appear outdated, or, worse, flat-out wrong.

This forced Kubrick’s team to do deep, meticulous research, which Bizony says helps explain why much of the set design accurately forecasted how we live with technology today. 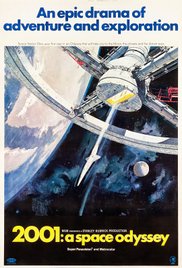 The film initially received mixed reactions from critics and audiences, but it garnered a cult following and slowly became the highest-grossing North American film of 1968. It was nominated for four Academy Awards and received one for its visual effects. The sequel 2010 was released in 1984, directed by Peter Hyams.

Today, 2001: A Space Odyssey is widely regarded as one of the greatest and most influential films ever made. In 1991, it was deemed "culturally, historically, or aesthetically significant" by the United States Library of Congress and selected for preservation in the National Film Registry. The critics' polls in the 2002 and 2012 editions of Sight & Sound magazine ranked 2001: A Space Odyssey sixth in the top ten films of all time; it also tied for second place in the directors' poll of the same magazine. In 2010, it was named the greatest film of all time by The Moving Arts Film Journal. 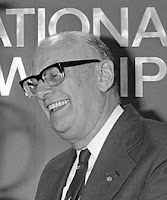 Arthur C Clarke’s novel differs in several ways from the film, and contains far more explanation of the story. As Kubrick explained:


“The novel came about after we did a 130-page prose treatment of the film at the very outset. This initial treatment was subsequently changed in the screenplay, and the screenplay in turn was altered during the making of the film. But Arthur took all the existing material, plus an impression of some of the rushes, and wrote the novel.”

[adapted from Wikipedia, imdb and an article from Wired]

Ann Marie Thomas is the author of three medieval history books, a surprisingly cheerful poetry collection about her 2010 stroke, and the science fiction series Flight of the Kestrel. Book one, Intruders, is out now. Follow her at http://eepurl.com/bbOsyz
Posted by Ann Marie Thomas at 20:23