Aldiss was named a Grand Master by the Science Fiction Writers of America in 2000 and inducted by the Science Fiction Hall of Fame in 2004. He has received two Hugo Awards, one Nebula Award, and one John W. Campbell Memorial Award. His influential works include the short story "Super-Toys Last All Summer Long", the basis for the Stanley Kubrick-developed Steven Spielberg film A.I. Artificial Intelligence. Aldiss was associated with the British New Wave of science fiction. 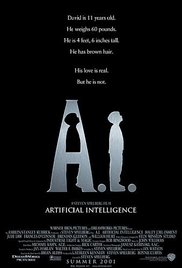 According to ISFDB his first speculative fiction in print was the short story Criminal Record, published by John Carnell in the July 1954 number of Science Fantasy. Several of his stories appeared in 1955 including three in monthly issues of New Worlds, a more important magazine also edited by Carnell.

In 1954, The Observer newspaper ran a competition for a short story set in the year 2500, Aldiss's story Not For An Age was ranked third following a reader vote. His first science fiction book was a collection of short stories entitled Space, Time and Nathaniel (Faber, 1957). By this time, his earnings from writing matched his wages as a bookshop assistant, so he made the decision to become a full-time writer. He was elected President of the British Science Fiction Association in 1960.

Besides his own writings, he has had great success as an anthologist, particularly for Faber and Penguin Books. In response to the results from the planetary probes of the 1960s and 1970s, which showed that Venus was completely unlike the hot, tropical jungle usually depicted in science fiction, he and Harry Harrison edited an anthology Farewell, Fantastic Venus!, reprinting stories based on the pre-probe ideas of Venus. He also edited, with Harrison, a series of anthologies The Year's Best Science Fiction (Nos. 1-9 1968-1976).


His bibliography includes fiction, poetry and non fiction. In addition to a highly successful career as a writer, Aldiss is also an accomplished artist.

Ann Marie Thomas is the author of three medieval history books, a surprisingly cheerful poetry collection about her 2010 stroke, and the science fiction series Flight of the Kestrel. Book one, Intruders, is out now. Follow her at http://eepurl.com/bbOsyz
Posted by Ann Marie Thomas at 17:58