When a book is published, you have to market it, to attract buyers. Even if you’re traditionally published, the publisher will want to know who you think will buy the book, as part of your pitch. But the time to think about markets is long before that. In fact I would recommend you consider it long before the book is finished, or even before it’s started.

Read more »
Posted by Ann Marie Thomas at 19:42 No comments:

The First Men in the Moon by H G Wells

The First Men in the Moon is a scientific romance published in 1901 by the English author H G Wells, who called it one of his ‘fantastic stories’.

The narrator is Mr Bedford, a London businessman who withdraws to the countryside to write a play, by which he hopes to alleviate his financial problems. Bedford befriends Mr Cavor, a reclusive scientist, and learns he is developing a new material, cavorite, which can negate the force of gravity.

Read more »
Posted by Ann Marie Thomas at 19:45 No comments:

Stephen King has lots of great advice on writing, and he should know. Here’s an interesting one that makes a lot of sense, but I don’t know if I could do it. How about you?

Never look at a reference book while doing a first draft

Read more »
Posted by Ann Marie Thomas at 20:07 No comments:

The War of the Worlds by H G Wells

The War of the Worlds is a science fiction novel by English author H G Wells first serialised in 1897 in the UK by Pearson's Magazine and in the US by Cosmopolitan magazine. It is one of the earliest stories that detail a conflict between mankind and an extraterrestrial race, and is one of the most commented-on works in the science fiction canon.

The War of the Worlds presents itself as a factual account of the Martian invasion. The narrator is a middle-class writer of philosophical papers, with characteristics similar to author Wells at the time of writing. The reader learns very little about the background of the narrator or indeed of anyone else in the novel; characterisation is unimportant. In fact none of the principal characters are named, aside from the astronomer Ogilvy.

Read more »
Posted by Ann Marie Thomas at 11:09 No comments:

How often do we talk about second thoughts? Maybe there is merit in capturing your first thoughts. Try this: (adapted from Writing Down the Bones by Natalie Goldberg)

The basic unit of writing practice is the timed exercise. You may time yourself for ten minutes, twenty minutes, or an hour. It’s up to you. At the beginning you may want to start small and after week increase your time, or you may want to dive in for an hour the first time. It doesn’t matter.

Read more »
Posted by Ann Marie Thomas at 12:52 No comments:

The Invisible Man is a science fiction novella by H G Wells. Originally serialized in Pearson's Weekly in 1897, it was published as a novel the same year. 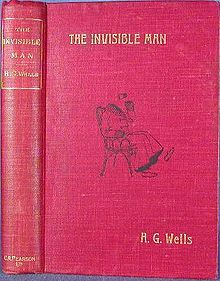 A mysterious man, Griffin, arrives at the local inn of the English village of Iping, West Sussex, during a snowstorm. The stranger wears a long-sleeved, thick coat and gloves; his face is hidden entirely by bandages except for a fake pink nose; and he wears a wide-brimmed hat.

Read more »
Posted by Ann Marie Thomas at 11:04 No comments:

David Baboulene is an author, scriptwriter, story consultant and PhD scholar of story theory. His book The Story Book features revolutionary new thinking on what makes stories work. I highly recommend it.

He wrote a series of articles in Writing Magazine which are enormously helpful. Here is some of what he says:

Read more »
Posted by Ann Marie Thomas at 21:29 No comments:

The Island of Doctor Moreau by H G Wells

It’s the account of Edward Prendick, an Englishman with a scientific education who survives a shipwreck in the southern Pacific Ocean and is rescued by a passing ship. He meets a man named Montgomery and his grotesque bestial native manservant M'ling. The ship is transporting a number of animals which belong to Montgomery. As they approach the island, Montgomery's destination, the captain demands Prendick leave the ship with Montgomery.

Read more »
Posted by Ann Marie Thomas at 14:17 No comments: