The Beginnings of Science Fiction

The ancient Mesopotamian Epic of Gilgamesh, written about 2000 years BC is the first known work of fiction of any kind. Written on clay tablets, it tells the story of Gilgamesh, king of Uruk, and Enkidu, a wild man created by the gods to stop Gilgamesh from oppressing the people of Uruk. The two become friends and have many adventures, overcoming many monsters. When Enkidu dies, Gilgamesh goes on a quest for immortality. A simple summary of the story can be found on the Spark Notes site.

Read more »
Posted by Ann Marie Thomas at 23:32 No comments:

How to Build a Castle

When I was looking for medieval topics to blog about, I thought about castles. If you sign up to my mailing list, you get four free booklets, one of which is Life in a Medieval Castle. But what about building a castle in the first place?

Read more »
Posted by Ann Marie Thomas at 19:07 No comments:

What Is Science Fiction?

I have been blogging about my science fiction novel, which is now published (Hooray!). So I thought it time to think about wider issues. If you sign up to my mailing list you will get a free Brief History of Science Fiction. So I thought we could look at that in some more detail.

We first have to consider what we mean by science fiction. All fiction, at the most basic level, deals with 'What if?' What if these kind of people were put into this kind of situation - what would they do? Science fiction and fantasy add to this: what if they were in this kind of world? What if they had these technologies or powers?

Read more »
Posted by Ann Marie Thomas at 20:22 No comments:

10 Medieval Dates You Need to Know

I have just finished a series of blog posts on key points in Welsh history. Normally I write about medieval times, and there's a great post on the History Extra website that does the same for the medieval period. Here are the 10 dates that Ellie Cawthorne, the writer, picked as the most important:


1066: The battle of Hastings and the Norman conquest

1085: The Domesday Book is completed

1095: The First Crusade is decreed

1314: The battle of Bannockburn

1348: The Black Death comes to Britain

1485: Richard III is defeated at the battle of Bosworth

Posted by Ann Marie Thomas at 20:21 No comments:

After more years than I care to remember, Intruders is finally available as an ebook and in print. I know it's very bad writing, but I want to use lots of exclamation marks because I'm so excited!!! 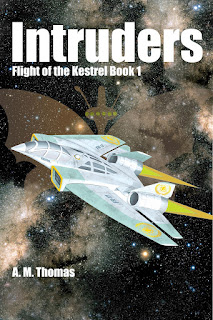 The ebook is available now on Amazon for £2.07, but if you wait until Tuesday it will be free til Sunday. The reason I'm giving it away is to get lots of downloads and hopefully, reviews. After that it will be 99p and eventually rise to £1.99.

The print book, 300 pages, is available on Create Space, for £8.99, and will appear on Amazon in the next few days.

Here is the book description:

Tabitha Enns is given work experience on board the Kestrel, on the adventure of her life, that will push her to the limit. Tabitha gets to meet her first aliens, but it doesn't go smoothly, and being out in space isn't what she expected. When a hostile alien species are discovered, the Kestrel is sent to make contact, leading the crew – and Tabitha – into danger, and the crew have problems with their friends as well as their enemies. Why did a dying man say, 'butterfly'? Who exactly is the mysterious injured woman, and what is her connection to the hostile aliens threatening not only the Kestrel's crew but the entire galaxy?
I hope you've enjoyed the book so far as I've been blogging every week, I hope you'll go and get the whole thing. And when you've read it, I hope you'll leave an honest review on Amazon.

Posted by Ann Marie Thomas at 21:25 No comments:

This series began when I heard a report on the Welsh News that a government report had found that Welsh children are not taught enough of their own history. So I have been blogging some highlights. The main source material has been Phil Carradice’s booklet Highlights of Welsh History, which I can highly recommend.

The back of the book has a time chart, which I am reproducing here with links to most of my articles, so you can see the whole sweep of the history.

Read more »
Posted by Ann Marie Thomas at 21:22 No comments:

This week the Kestrel arrives at T’Lon space station and Tabitha explores. To read the book from the beginning, go here. My idea of Tabitha is swimmer Ellie Simmonds, because Tabitha comes from a heavy gravity planet.

Having never been on a space station, Tabitha was a bit nervous when she was told she had free time and could explore if she wanted.  She called up a map of the station.  It reminded her of a spinning top she’d had as a child.  The gravity, created by the station's spin, meant you walked with your head always pointing towards the centre and your feet towards the rim, so all the floors and ceilings were curved.  It must feel like constantly walking uphill, she thought.  The floors nearer the rim spun faster, so had higher gravity, those nearer the centre, had lower gravity.  Earth-normal gravity of 1G was halfway out. The central column’s spin produced just enough gravity to be able to stay upright.

Read more »
Posted by Ann Marie Thomas at 19:27 No comments:

The National Assembly of Wales was the first elected government body to meet in Wales since Owain Glyndŵr called his Parliament at Machynlleth in 1404. As such, its creation was, and remains, a major moment in Welsh history.

For a long time the British government had no interest in allowing Wales to develop its own identity. Clement Attlee's post-war Labour government dismissed the appeal for a Secretary of State for Wales and although in 1951 the new Conservative government created the position of Minister for Welsh Affairs, it was added to the duties of the Home Secretary.
Read more »
Posted by Ann Marie Thomas at 19:52 No comments:

This week Tabitha finds out about the new mission, and calls home. To read the book from the beginning, start here. My idea of Tabitha is athlete Ellie Simmonds. 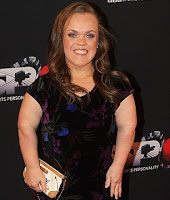 By the time the Kestrel was approaching T’Lon space station, Commodore Michel had found solutions to the crew shortage, though not optimal ones, Darrow thought.  Nathaniel Parks was appointed as First Officer and Dr Matthew Ky, a doctor from the T’Lon space station, placed as MO, but no additional crew was available.  So Balitoth would return, cutting short his recuperation period, and Tabitha would stay on.  The Commodore himself had called Tabitha's Principal at the training school.  Parks and Balitoth would rendezvous with the Kestrel at T’Lon. Despite Darrow's objections, the Kestrel was indeed going on this mission.

Darrow briefed his senior officers and then summoned Tabitha.

‘Stand easy, Trainee.  We've been assigned a new mission.  I still need a crewman, but I don’t want a passenger.  If you’re willing to work, Commodore Michel has arranged with Principal Hernandez for you to stay on with us.’

‘Really, sir? Oh thank you sir!’ Tabitha started forward, and Darrow felt sure she was going to hug him, but she recovered herself just in time and saluted instead.  Thankfully.

The captain gave Tabitha permission to call her parents and asked her to reassure them that she was and would remain all right. She used the screen in her cabin, after authorisation. There were the usual delays in connection to allow for the relays, but this time she was lucky enough to catch her father, so the conversation went much easier.

‘I’m great, I’ve been on a mission already!’ She laughed at his look of surprise.  ‘We went to help with a mine rescue on an asteroid.  We were in one quarter gravity and underground!’

‘What? I thought you were going into space!’

‘I am, but this is a Fast-Response ship - we’re like the emergency services.  We never know what’s next.’

‘Do you realise you’re saying ‘we’ already?’

She drew back. ‘No, am I? I’m still settling in really.  Anyway, we’ve got a new mission now and it might be a long one.  Did Principal Hernandez call?’

‘Not just your Principal, the Commodore’s aide called too.  Seems it’s an emergency,’ he paused. ‘This is more than you expected, Tab.  Are you sure? You can get off at the space station, and they’ll send you home.  They can’t make you stay, and there’s no shame in coming home if you don’t feel up to it.’

‘No Dad.  When I heard about the new mission, I was sure they’d send me home, and I was so disappointed.  The fact that they want me is wonderful.  I’m so glad you said I could stay.’

‘Didn’t think we could say anything else really.  I know it’s what you want.  Well, you take care, and keep in touch.’

‘I will.  Love you. Try to break it to Mum gently will you?’

Why not sign up and join the crew? You’ll get occasional news of all my writing plus four free gifts!

Posted by Ann Marie Thomas at 20:47 No comments: