This is your last chance to join my mailing list and be one of the first to see the artwork for the Kestrel (see last weekend’s post). Sign up here. This week we read Tabitha’s journal of her first mission. To read the book from the beginning, go here. My idea of Tabitha is athlete Ellie Symmons. 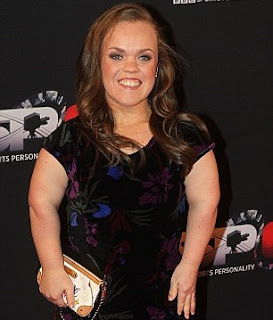 Well, I've served in my first mission - not what I expected at all - and I've started to get to know some of the crew - also not what I expected. The trouble is, when I joined a ship I expected to be older, more experienced, and on more of an equal footing. The crew are so far beyond me in experience that it's hard to relate to them. It's more like being on a ship full of school teachers.
Andrew is being a real help, even though he's nearly twice my age. Roy is nearest my age but he creeps me out a bit. I don't know what it is - he's always friendly and helpful, but he keeps watching me and winking, and he stands too close. Maybe I'm being paranoid, but I don't know how to respond to him.

My first mission saw me underground in a razor quartz mine, with hardly any gravity. Very weird. I sort of enjoyed it - it was good to help people, but it wasn't what I expected from life in space. And I got filthy. That dust gets in everywhere! Things weren't all they seemed either. The Captain went missing, apparently investigating some missing quartz, but they had to rescue him. I'm itching to know more, but no one's saying.

Captain Darrow seems really nice, but I've had to swot up the rules - I've been warned he's a real stickler. I got told off for walking on the wrong side of the corridor, would you believe. You have to keep to the right, so in an emergency people don't bump into each other. Trouble is, my balance is still off, and sometimes I'm all over the place.

I haven't had much formal training yet, because of the mission, but Commander Holland has worked out a programme for me. I expect it will start properly now we're back on patrol. I'll be spending time with various crew members, learning what they do.

Lieutenant Commander Hoy was great in the mine. He explained everything and gave me lots of advice, especially about working in low gravity. It's quite easy once you know the tricks, like bracing yourself before you push.

I've just written my first mission report - I don't expect they mark it, like in school, but I'll be happy once Commander Holland has seen it and told me if it's OK. Or not. But if it's not, I won't mind him telling me, because he's good about explaining things too. Perhaps I can ask him about the Captain and the missing quartz.

Tabitha wasn’t the only one writing reports.  Fleet procedures stated everyone should record their version of events after every mission.  Darrow was writing two reports: the official one and his Intruders dossier one. His superiors had to take notice now. They might settle the Boki situation and find another crisis knocking on the door.

[Next week: Darrow gets reports on the crew and Ryan takes over sick bay.]

Why not sign up and join the crew? You’ll get occasional news of all my writing plus four free gifts! AND you’ll be one of the first to see what the Kestrel actually looks like, when I reveal the professional artwork to subscribers only.
Posted by Ann Marie Thomas at 15:32