In Shakespeare's quartet of plays, this is the last and most famous, containing the stirring battle speech that ends, “Cry God for Harry, England and Saint George!” 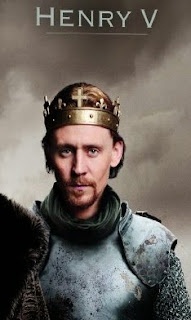