Introducing Flight of the Kestrel

My new science fiction series is called Flight of the Kestrel. Let me introduce their world: 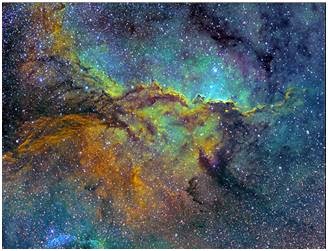 Human life is not radically different to now. More technology, better medical treatment, but sociologically the same. Space travel has enabled colonies to be settled on the Moon and some other planets, some of which are in other solar systems.

Among the Kestrel crew, Enns comes from Alpha, the first colony outside our solar system. Ryan comes from another colony world (Orion 3) that sought to return to simple pre-technology living, or at least minimal technology and mostly physical labour. This backfired when they lost their doctor and couldn't find someone with the older healing skills, or who was willing to 'rough it' on their terms.

Space travel also brought contact with aliens, and PACT was formed as a sort of United Nations in space. When Earth developed warp drive, for faster-than-light travel, they were invited to join. The Kestrel works for the 'peace-keeping' arm and acts as a fast-response diplomatic and trouble-shooting force. All the ships are named after birds of prey.

There are other sections of PACT which we do not meet, which deal with exchange of technology and ideas, shared scientific and other developments, cultural exchange, and trade. They encourage diversity in their crews to promote inter-species understanding. Out of 11 crew, two (Enns & Ryan) are humans not from Earth, and two (Reuel & Balitoth) are aliens. Dr Grace is from Earth but has worked away from Earth for many years, most recently on a space station. This may apply to some of the other human crew also.

The alien species in PACT are from Altair, Zoa, Kohath, Ana, Ochra and Caspar. In the first book in the series we meet them all. Just because they are part of the alliance, doesn't mean they all get on well. When a representative of each species is added to the Kestrel crew, the overcrowding bring out all sorts of frictions. I'll be blogging about the species in the weeks to come as well as introducing the crew.

Email ThisBlogThis!Share to TwitterShare to FacebookShare to Pinterest
Labels: Flight of the Kestrel, scifi