Kestrel is part of the Fast-Response fleet of PACT, the Planetary Alliance for Co-operation and Trade. The Alliance is between the seven races who have warp drive (fast-than-light travel). One of the races is human. I discussed the Altairians last week. Let me introduce one of the others.

Planet: Ana
The Anak look like lions, with a mane of hair and powerful jaws with long canines. Lithe and graceful, tall and broad-shouldered, the Anak are not as dangerous as they look. This picture from the old TV series Beauty and the Beast gives you some idea: 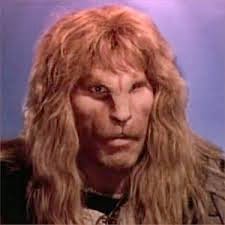 The planet Ana is rich in resources and treasures, so those from other worlds believed their riches would be easy to take. Naturally peaceful and gentle, Anak are warriors by necessity.

They have needed to fight to survive. But they do not wish to be aggressors, and since being invited to join PACT, have been able to return to more peaceful ways. Still their reputation precedes them. They are experts in scanners and weapons. As Ehu says in Intruders, “You have to find your enemy before you can shoot him.”

Ehu is called Ehu Pathrusim, signifying he is from the clan of Pathrus. They are renowned for their bravery and loyalty but also their fairness. There is a story in Ehu's family of the warrior Tarn who threw away his weapon in a fight because his enemy was unarmed and he refused to take an unfair advantage!

The Anak live in clans, who each send a representative to the government. There is little inter-clan hostility because they needed to work together to protect their world. Hence, they are also skilled at conflict resolution.

In Intruders, Ehu goes to great lengths not to make Barak, the Casparian, fell intimidated. Casparians are small in stature, and whenever Barak enters a room, Ehu sits down. Barak never notices. Anna says Ehu reminds her of a friendly lion.

Email ThisBlogThis!Share to TwitterShare to FacebookShare to Pinterest
Labels: Flight of the Kestrel, scifi