Imagine living in a country where the trees drip with human blood.
A country where dragons are out to roast you for dinner.
And where lords invite you to dinner so they can massacre you.
A country invaded by Viking sea-raiders from the west. They smash down your churches or set fire to them if you try to hide inside. And then Norman knights from the east arrive and build castles and churches (and kill a few peasants who get in their way).
It's a country where gangs of murdering robbers attack you as you walk through their forests.
A country where the punishment for stealing cattle is to have your arms cut off and the punishment for a servant who steals from her mistress is to be burned alive.
Where is this hideously horrible place? Transylvania in the reign of Dracular?
No. Germany in the fairy tales of the Brothers Grimm?
No. …
The horrible country is … Wales!
The GOOD news is the trees no longer drip with blood and the dragons have disappeared … probably killed off by knights in fireproof knickers. The Vikings have stopped raiding and you can steal as many cattle as you like without having your arms cut off.
All those things happened in Wales's horrible history.

That is the introduction to the Horrible Histories Wales book. 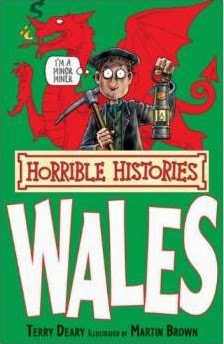 I wrote last week about making history fun. Horrible Histories is a great way to do that. It's not to everyone's taste, but it's working to make history accessible. With an introduction like that, most readers would want to know more, especially children. In a less crazy way, I'm hoping to do the same, mostly about medieval Wales.


If the introduction above has piqued your interest, I've already written about where lords invite you to dinner so they can massacre you.  and way back in 2010 I wrote about castle building. If you look around this blog, maybe you'll find other interesting bits of history.
Posted by Ann Marie Thomas at 14:22 No comments:

When I was in school, in the 50s and 60s, subjects like history were largely taught almost by rote. Lists of kings and wars and laws and on and on.

When my children were in school, in the 80s and 90s, history lessons were a bit better, but covered a limited range of topics that didn't make a lot of sense to me. The GCSE course covered medicine in the American West and the Long March in China, amongst other things.

No wonder people think history is boring and irrelevant! 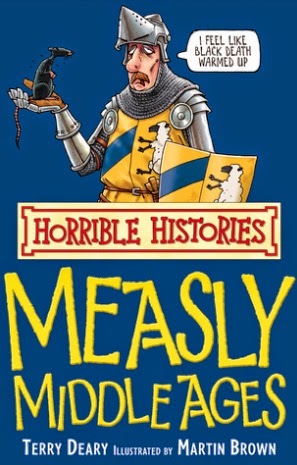 My grandson, who is 9, is reading the Horrible Histories books and watching the TV series. There is a web site too. The facts they give are all true, but they pick out the horrible bits, which kids love. The books are full of cartoons, and the TV series is full of silly songs. The author of the books, Terry Deary, says they are his revenge for boring history lessons when he was a child.

There are lots of things done today to make history more interesting. One of the best is the re-enactors, groups of people who dress up and act out daily life and battles from history. I even went to a history chef presentation where we learned how to make medieval food, and it tasted quite good.

One day, I stood and looked up at ruins of Swansea Castle, which stand in the city centre, and wondered what it was like when it was lived in. My original idea was to write a time-travel fantasy where someone went back in time in the castle. I went home and Googled it, and became fascinated by stories from the medieval lords of Gower.

These were real people with real problems. Some of them were clever, some were hopeless, just like people today. I got drawn in to do more and more research, and as I pieced together the story of William de Breos and his son-in-law John de Mowbray, I discovered their story had not yet been told. Using Alina, William's daughter and John's wife, I was able to tie the story together. 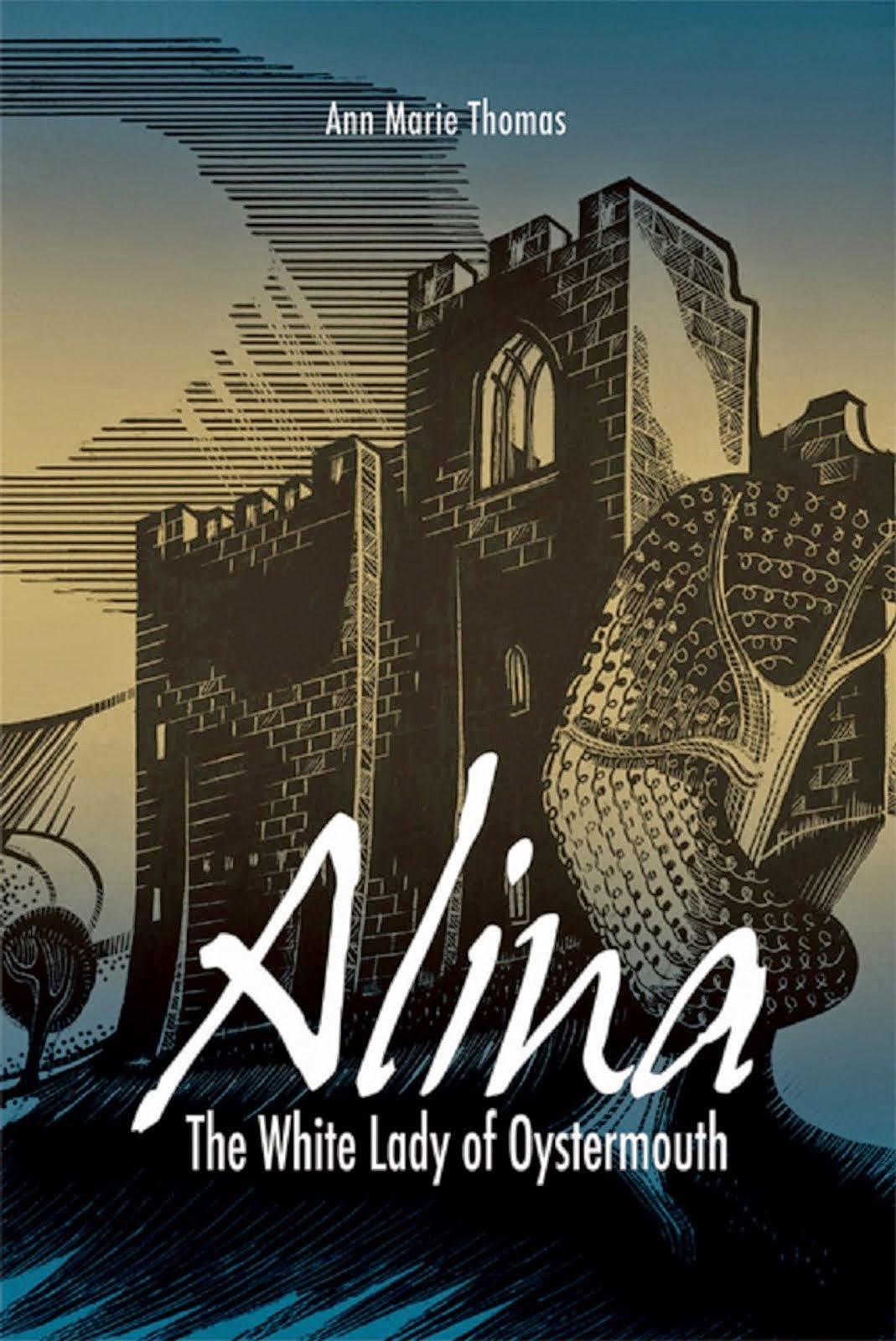 I figured if it fascinated me it may well fascinate others, and turned it into a book, Alina, The White Lady of Oystermouth. The White Lady is her ghost that haunts Oystermouth Castle, where the family lived. The book has so far sold about 350 print copies, mostly to locals and tourists, and a few copies in ebook form. 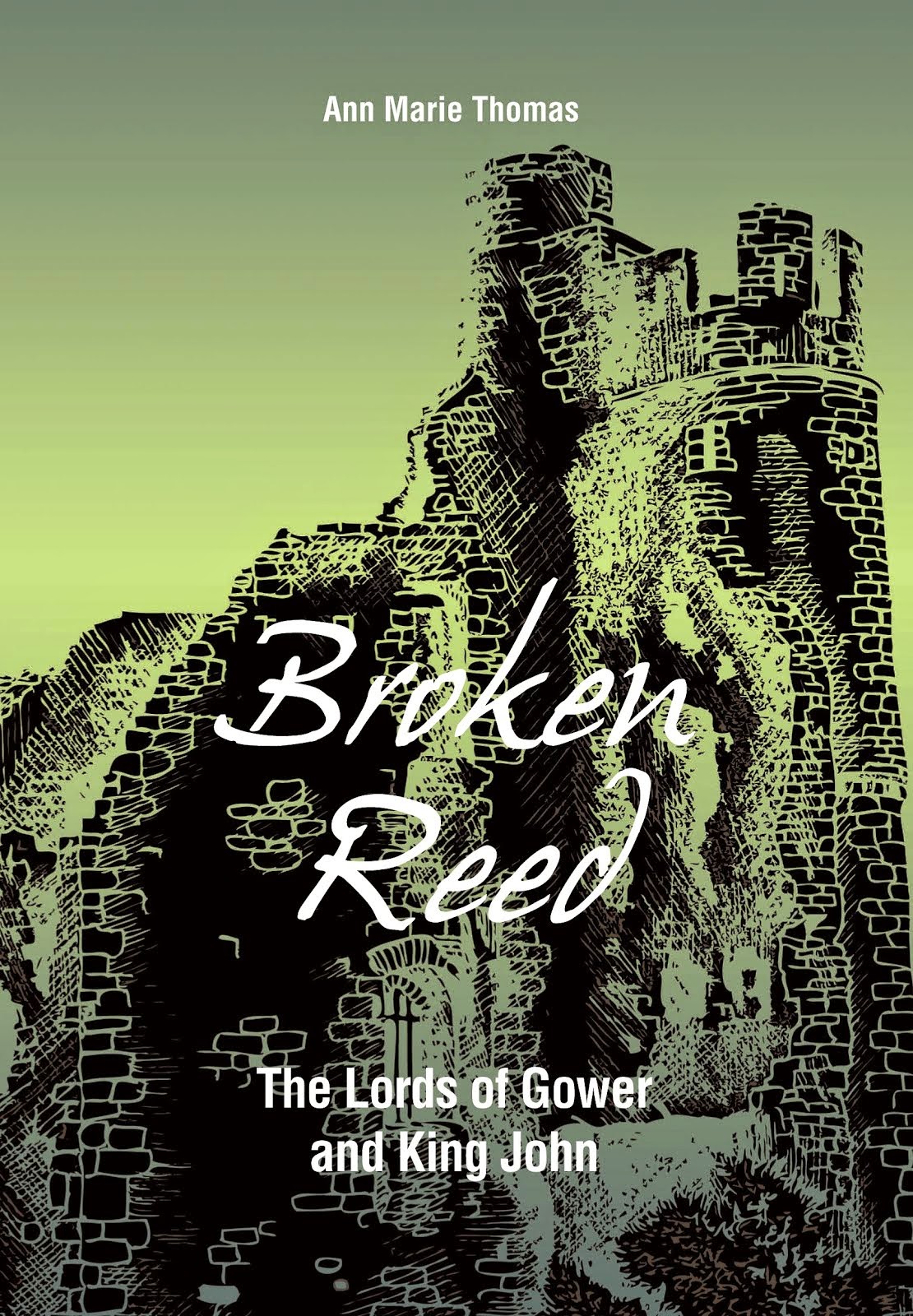 The success of that book sent me back to my research and resulted in Broken Reed: The Lords of Gower and King John, which tells the story of Alina's ancestor who rose to great heights as a confidant of King John, and then fell to utter ruin.


My aim through these books is to tell a cracking good story in an accessible way, to make the history come alive. I hope I've succeeded.
Posted by Ann Marie Thomas at 17:17 No comments:

I mentioned in my other blog in July that I had submitted a book pitch to a publisher. I was really excited.

So far there has been no reply. Their web site says they will acknowledge receipt immediately and then give a decision in 3-4 weeks. When I heard nothing after a month, I resubmitted. I’ve still not had an acknowledgement. Excitement dissipated. I’m telling myself maybe it’s holiday time. I’m trying to be patient.
In the mean time, I’ve realised that the book pitch has worked on me! I think the book is definitely a good idea, so I’m going to write it anyway, and produce an ebook.
In my previous post, I didn’t reveal the details, but now I want to tell you about it. This post just appeared on my other blog, because it's about writing, but I'm repeating it on this blog, because the new book is another medieval history book. Any comments would be a great help. Let me know what you think.
June 15th 2015 is the 800th anniversary of Magna Carta. Any place that can lay claim to a connection to the occasion is organising events. There will be UK wide events to celebrate this anniversary, preparations are already being advertised in the press. There is also a market outside the UK, as Magna Carta was the foundation of many nations’ constitutions and legal systems worldwide, such as the United States Constitution, the Canadian Charter of Rights and throughout the Commonwealth.

My book Broken Reed: The Lords of Gower and King John  is about the rise and fall of William de Breos (or de Braose), who was a close confidant of King John. When William’s wife revealed John’s greatest secret, John’s revenge was brutal. His treatment of the family was the final straw which led to Magna Carta.

Because Broken Reed  was written mainly as a local history book, it views the events surrounding Magna Carta from a Welsh point of view. I plan to expand it to cover the wider aspects to produce a book of interest to everyone.

Both of my stories from medieval Gower are written in an easy, accessible style, with line drawing illustrations. They also have endnotes and a bibliography for academic robustness. I plan for the new book to be the same. The only differences are there will not be a print version, unless a publisher wants to take it up, and I have not yet spoken to my illustrator.
I’m off on holiday soon, so I’ll see if I get a reply by the time I get back. Watch this space!

Posted by Ann Marie Thomas at 20:10 No comments: