At the recent Dinefwr Literature Festival they had a bookshop set up in the house, run by a local bookshop, as well as the regular on-site bookshop run by the National Trust. We went to have a look round and I spotted some local history books. 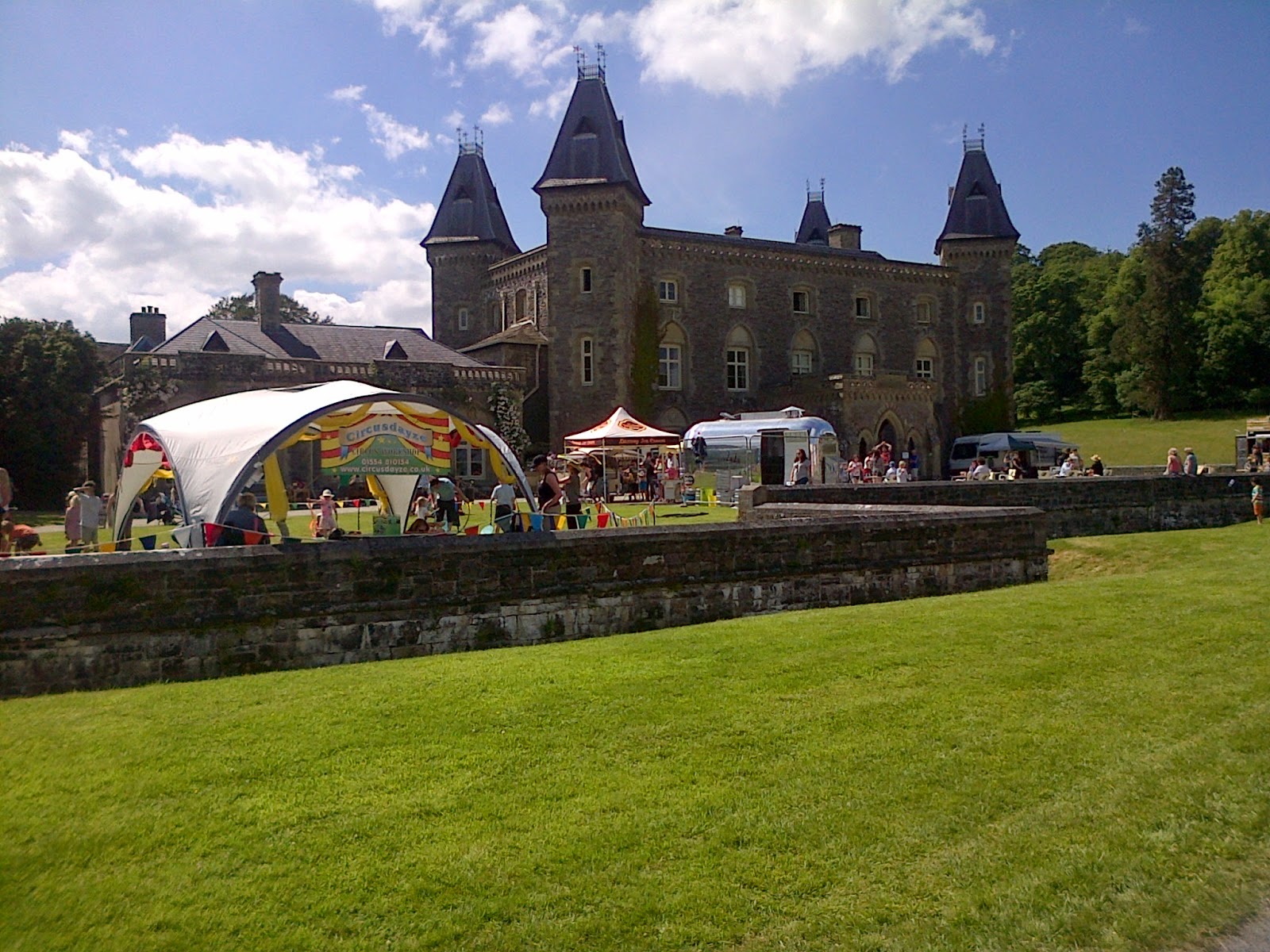 I am never one to miss an opportunity, though I am scared to approach people. I carry one of each of my books with me always, as well as some promotional literature. I approached a man working in the bookshop and asked him if they would be interested in carrying my books. I showed him the books and gave him a leaflet. I didn't expect his answer!

He offered to take my two books and put them on sale there and then for the rest of the festival weekend! I wished I had taken some more copies. He also gave me the bookshop details and invited me to contact them.

Then he gave me directions to the on-site bookshop so I could approach them too. The lady at the on-site shop gave me the contact details for someone in the National Trust.


By the end of the festival the two books hadn't sold, but I was grateful for the opportunity, and the lesson that it never hurts to ask. People are usually very nice and helpful. It encouraged me to have more courage in future.
Posted by Ann Marie Thomas at 21:07 No comments:

Oystermouth Castle stands today in the middle of Mumbles village on the outskirts of Swansea and the edge of the Gower peninsular.

When it was originally built it stood on a steep hill overlooking Swansea Bay from the west. With Swansea Castle at the other end of the then shallow bay the main approach to Gower from the east was well guarded. The other side of the Gower peninsular was guarded by Loughor Castle.

The word 'Oystermouth' is a corruption of the Welsh Ystum Llwynarth – llwynarth means oyster, and the sands of the bay below the castle were famed for their oysters in medieval times.

The gatehouse of Oystermouth Castle is flanked by two half-towers, which are very unusual. There is no apparent evidence of any intention to build the outer half of the towers and it has long caused speculation. As part of a recent refurbishment, an archaeological dig finally found the foundations of the outer half of the towers, but we still do not know why they were never built.

Inside the castle the keep and adjacent buildings look as though they were built together, but were in fact built in several stages. The last strengthening of the castle was done by William II de Breos (or Braose) after Welsh attacks on the Gower in 1256 & 1288. It was impressive enough that King Edward I stayed there for 2 nights in 1284.

Edward I had just completed the conquest of Wales and made a grand tour of the Principality. I wrote a long chapter on the conquest of Wales for my Alina book, then realised it happened before she was born, and had to take it out! Swansea Castle was the caput or capital of the Lordship of Gower, but it had not been repaired after repeated Welsh attacks, so Oystermouth Castle was used. In fact, the de Breos family preferred to live at Oystermouth for several generations.

The last addition to the castle was the chapel block, added in the early 14th century by Alina, the subject of my book Alina, The White Lady of Oystermouth. Following her husband's part in the barons' rebellion against Edward II, he was executed and Alina and her son locked in the Tower of London. When Edward III came to the throne the rebels were pardoned and Gower was returned to Alina and her son.

The chapel block is very distinctive, with a square construction and three floors. The lower floors were residential, with the chapel on the top floor. It has beautiful tracery windows, dressed in Sutton stone, and carved pieces brought from Neath Abbey. The recent refurbishment has revealed the remains of medieval paintings on the walls. A glass bridge has been installed so that visitors can now climb the spiral staircase up to the chapel and see it close up.

The refurbishment also provided easier access to the castle and a toilet block. There is now a path which runs round the outside of the field, making a much easier gradient for those who can't manage the short steep climb to the gate.

The Friends of Oystermouth Castle look after it and run the gift shop inside the chapel tower. The charge is only £2.50 to go in, and there are displays of the castle's history and a fun cutout of a knight and his squire for you to put your head through and have your picture taken.


Swansea Council put on various events during the year in the field outside the castle, including concerts, plays and medieval fayres. The castle is open from Easter to the end of September, and is well worth a visit.
Posted by Ann Marie Thomas at 14:40 No comments:

Are Early Medieval Times Called the Dark Ages Because People Were Ignorant?

Let's first look at when the Dark Ages began.

In 476AD the last emperor of Rome, Romulus Augustulus, was removed from the throne. This is taken by most historians as the date of the fall of Rome, although it was in decline long before that. Whatever the drawbacks, the Roman Empire established peace and the rule of law across an enormous area. Art and culture flourished. The fall of Rome left a huge vacuum.

There was no government or organisation, and war broke out as each area sought to establish itself again. People moved out of the towns and back to farming, more concerned about where the next meal was coming from than worrying about writing things down. In the 18th century the period from the fall of Rome to about 1000AD was labelled the Dark Ages because little was known about it. What was known was mostly barbarism.

But archaeology has since shown us a rich and cultural society, and the period also saw the rise of monasticism, where learning was preserved and encouraged. The monasteries were responsible for saving the treasures of classical literature - along with the Holy Scriptures - and preserving them for the future.

The other change to the Dark Ages in more recent times is the date they ended. The general opinion for the end of the whole Middle Ages was the Renaissance, roughly 1500AD. Historians are making cases for earlier and earlier Renaissances. There is the 'Renaissance of the Twelfth Century,' the 'Ottonian Renaissance' of the Holy Roman Empire in the 900s, and even looking further back to the 'Carolingian Renaissance' under the first Holy Roman Emperor, Charlemagne, in the late eighth and early ninth centuries.

So to answer the original question, not only were the Dark Ages not really dark, but with all these new Renaissances being discovered, it seems they weren't really there!

Posted by Ann Marie Thomas at 17:50 No comments: